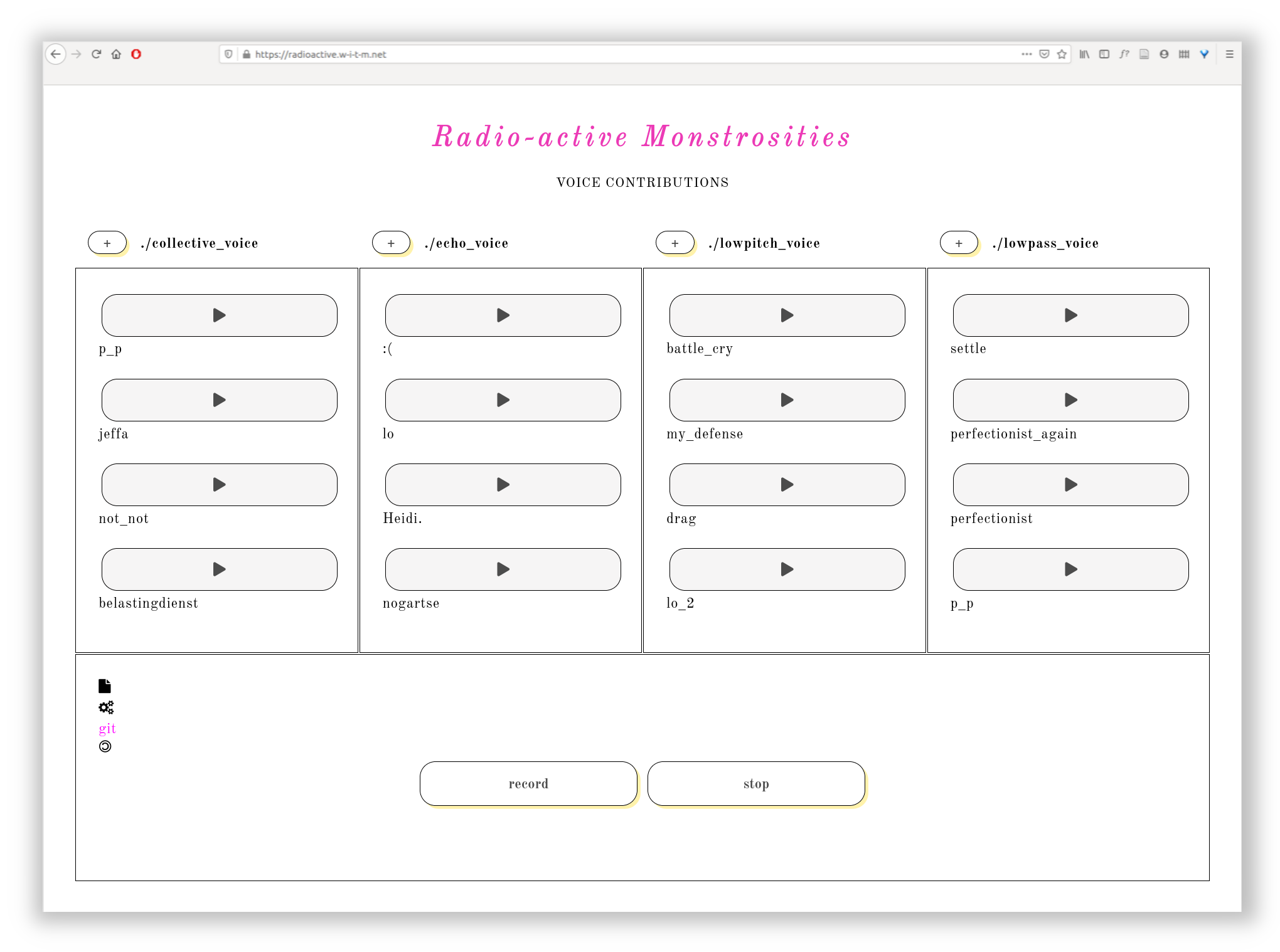 In this paper, I describe the artwork Radio-active Monstrosities, a web-audio interface that addresses ways of listening to collective voices and certain female-sounding voices that are perceived as inappropriate or annoying — because of the quality of their sound, their gender, the medium's distortions but also stereotypes and collective memories that they often awake. These are verbal expressions that have been associated with forms of 'monstrosity' since ancient times. Visitors of the page are invited to record themselves and choose a type of distortion to participate in, forming new imaginaries around technologically-mediated voices, which through their technical 'monstrosity', can reveal other forms of speech. The interface uses Web Audio API, Apache, PHP, html/css and javascript. The different scripts are in experimental phase and the platform is built gradually.

The voice is an integral part of one's political and personalidentity. Living in an era of voice data and collection through apps, browsers and speech analysis devices privacy is often violated and speaking is submitted to control by big techcompanies and governmental authority. At the same time online platforms become the main political sphere for speaking publiclyand chat apps the communication channels for organizing and demonstrating with voice messages. By observing through adifferent angle the Radio-active Monstrosities platform and theincluded examples, I realize that the distortion camouflages theactual vocal identity, and allows anonymity. It can be used as an ‘audio mask’ that transforms the voice, and thereby the identity,into another selfhood, either plural or singular. The distortion ofthe voice becomes its quality, that is re-claimed, and bears the damage and traumas — caused by the technology used, the bias,social restrictions and political reasons — through which needs,opinions and desires are expressed. I would imagine the browser as a ‘monstrous deformer’ that allows an active auscultation of the — political, social, technical— contemporary audible Internet's alienation.